The leaders of Collectif Eau 88 are grateful to Franklin Frederick and to the Wellington Water Watchers for our solidarity visit. The image below shows a summary of the media generated by the Feb 12th community forum.

The solidarity with people fighting Nestlé in Vittel, France and indeed around the world does not end here.

I am making a special appeal today for donations in support of the work of Franklin Frederick and Collectif Eau 88. Your donation today will be sent directly to the campaign to stop Nestlé in Vittel.

Together Wellington Water Watchers will continue to work with Franklin Frederick, Collectif Eau 88. A next step will be to call on Swiss NGO’s and Swiss faith organizations to sponsor a conference in Switzerland to draw attention to Nestlé’s global predatory water practices. The purpose of this is to increase pressure from Swiss media and Swiss parliamentarians on the Swiss government to regulate Nestlé.

When we return to Canada we will meet with Canadian faith and labour organizations to ask them to engage with their counterparts in Switzerland in support of this conference.

Finally here in Ontario we will continue to press Premier Doug Ford to Say No To Nestlé in Wellington County.

Thank you for your support and attention this week. The donations of supporters like you, as well as the supportive messages sent in the last week in response to these dispatches has been very encouraging to us and to the people of Vittel.

P.S. Please consider making a donation now to the campaign against Nestlé in Vittel, France. 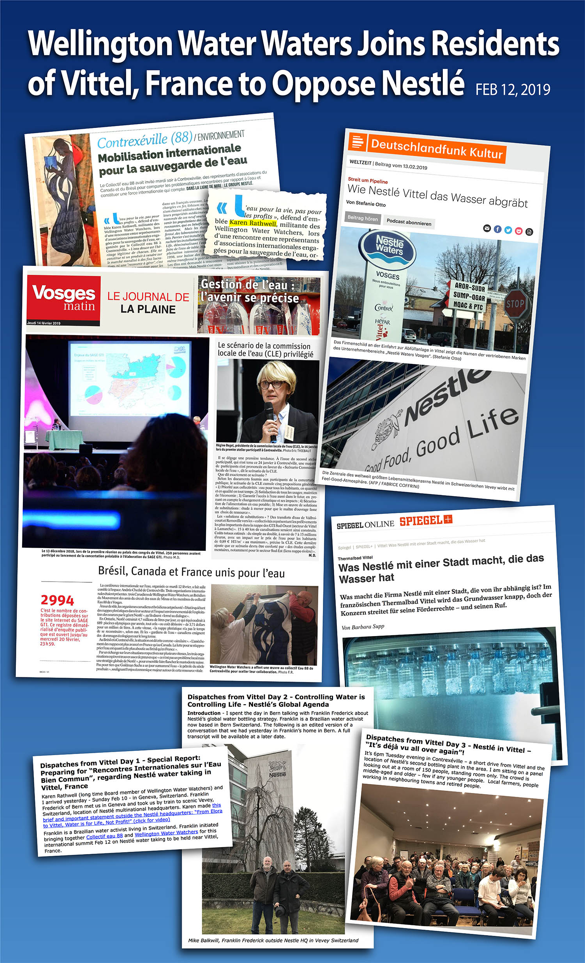