This is the last of 5 dispatches about the visit to Vittel, France by a delegation from Wellington Water Watchers. (If you would like to read the complete list of dispatches go to our blog here).

Karen Rathwell, Dr. Susan Glasauer (WWW Board members) and Mike Balkwill will be presenting a report back on our visit to Vittel, France, in Elora on Thursday March 7th. The meeting will be held in the Elora United Church, 75 Geddes Street. The meeting begins at 7pm – doors open at 6:30. This meeting is open to the public.

The Vittel dispatches resonated with our many supporters and we received many emails in response. A sample of these responses is below – these comments speak for themselves.

(By the way you too can become a monthly donor by clicking here!)

P.S. In Dispatch #4 I asked for donations to send to Collectif Eau 88 in Vittel, France to support their fight against Nestlé.  So far, we have received $400 – Thank you!

If you wish to show your solidarity with people in Vittel, France and make a donation please click here now! 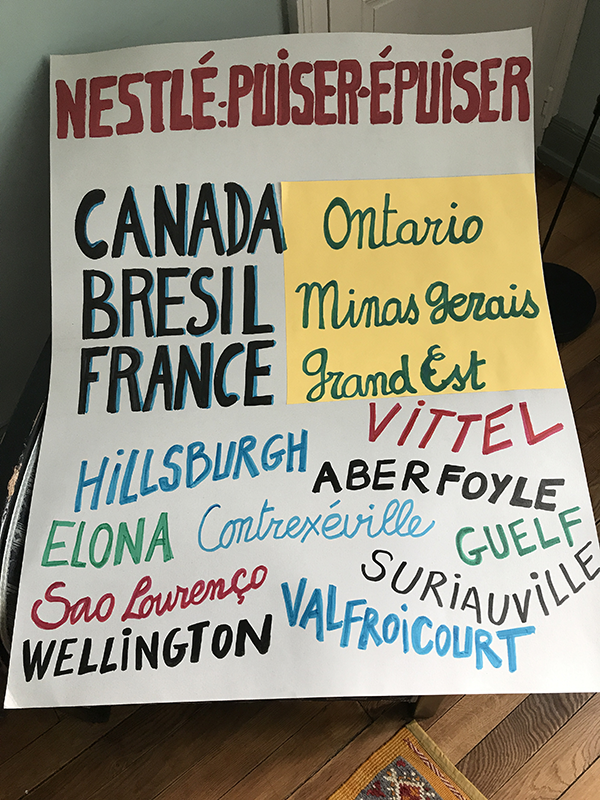