Introduction - I spent the day in Bern talking with Franklin Frederick about Nestlé’s global water bottling strategy. Franklin is a Brazilian water activist now based in Bern Switzerland. The following is an edited version of a conversation that we had yesterday in Franklin’s home in Bern. A full transcript will be available at a later date.

In this conversation Frederick talks about how he first became involved in organizing against Nestlé water taking. Frederick describes Nestlé’s global water strategy and reveals their initiative to organize the Water Resources Group – a global lobby for water bottling companies. Frederick describes Nestlé’s connections to the military and the necessity and benefits to Nestlé of this relationship. There is a brief description of Nestlé sponsored spying on organizations and activists critical of Nestlé – including Franklin. Finally Franklin’s opinion on way it is important for people in Guelph, Wellington County and Ontario to be in solidarity with struggles of people in other countries who oppose Nestlé’s water bottling.

Q: Franklin, how did you first become involved in organizing against Nestlé water bottling?

A: I was engaged in the Brazilian movement protecting our water park in the city of Sao Laurenzo, which is a very special place in Brazil, and which was bought by Nestlé in 1999. In this fight I learned a lot. I was responsible for bringing this issue to Switzerland – the Catholic Church in Brazil tasked me with building support with the churches in Switzerland – as this is the home of Nestlé.

I faced lots of pressure from Nestlé including being spied upon when Nestlé hired Securitas (a Swiss private security company) to infiltrate groups in Switzerland critical of Nestlé.

The other thing I learned is that water is the perfect commodity. Everyone needs it. The price only increases with scarcity. So whoever controls water guarantees profits – but also controls the whole development of society. It is not only a question of privatization – in the sense of making people pay for something that actually should be free as it is a gift from nature - it is also a tool of social control. You can dictate the ways a society will go by controlling its water. We need water for personal use. We need water for economic uses. We need water for culture – we need it for everything. So, controlling water is controlling life.

Q: Nestlé has 100 bottling plants around the world. What is Nestlé’s global water strategy?

A: Nestlé’s agenda is mostly about controlling water sources. As global population increases – worldwide demand for water increases. There is a kind of ‘war’ for control of these resources – not just competition between companies, but mostly between companies and countries that own these resources. Canada and Brazil are countries rich in water. So this makes us normal ‘targets’ of Nestlé’s hunger to guarantee their water supply.

Nestlé operates at a whole other level than companies like Coca Cola. In fact Nestlé took the initiative to create the Water Resources Group, which brings together Nestlé, Coca-Cola, Pepsi-Cola, AmBEV – a lobby group which represents almost the entire global bottled water and bottled drinks industry. The International Finance Corporation - a branch of the World Bank responsible for most of the privatization programs of public infrastructure in Africa and Latin America – is also a member of the Water Resources Group.

There are two big global lobby organizations advocating for privatization of water.

The Water Resources Group has just opened an office in Sao Paulo, Brazil, because the public company SABESP – responsible for water distribution and sanitation in the state of Sao Paulo - is now being privatized.

Bottled water companies do not want to buy SABESP – however they do want to ensure that whoever buys SABESP will reduce the quality of tap water. The objective is for tap water no longer to be used for drinking water – only for showers, cleaning and sanitation. People will then be obliged to buy bottled water for their drinking water. That’s how these lobby groups work together.

It’s a win/win situation for the different type of companies. The companies that purchase public water distribution companies do not have to maintain high water standards – as it will not be intended to be drinking water. And the bottled water companies can sell more product.

A: The military are there to ensure that resource rich countries like Brazil or Venezuela or Colombia will not use their own resources for their own development but to make clear that these resources will be available for private companies to grab them.

Nestlé is a member of the Atlantic Council – a big US organization that brings together big businesses around NATO. Why is it necessary to create a platform that enables a dialogue between high-ranking directors of companies and the military establishment? This is an interesting question – I cannot see a reason for that unless the military can somehow be helpful in ensuring that resources in countries like mine (Brazil) can be available to companies like Nestlé.

Q: Tell me more about your personal experience of being spied upon by Nestlé.

A: Around 2001 Nestlé hired John Hedley, an ex-MI6 British agent as their head of security. Why does a company that produces baby food, bottled water and chocolate needs someone with the specialized skills of an MI6 agent to be their head of security? This agent was responsible for the spy operation I mentioned earlier. He was also responsible for creating something we call Nestlé’s ‘war room’, where they have immediate global access to any reference to Nestlé in social media and news media – and can act immediately. (See here for more information on Nestlé’s conviction for spying).

If Nestlé can operate like this in Switzerland – what can Nestlé do in countries with less democratic guarantees – in Latin America, Africa or Asia?

Q: Why is it important for people in Elora, Guelph and Wellington County to know these things about Nestlé? Why is this important to the strategy of stopping Nestlé’s water bottling in Ontario?

A: Nestlé is too big an adversary to be fought only locally. If you fight Nestlé only in your own community you are assuming it is just a local fight. When it is a just a local fight – then Nestlé can portray the conflict over water as a local ‘misunderstanding’.

The local fight is fundamental but it has to be I think connected to a global fight in the sense of exposing this kind of pattern that repeats itself. It is important to show there are no local small mistakes. These ‘small mistakes’ are repeating themselves on a world scale. Connecting the dots shows how it is a deliberate ‘big mistake’.

Q: Do the efforts to resist Nestlé by people in Wellington County and Ontario help people in other communities around the world to fight Nestlé too?

A: It helps tremendously, because countries like Canada and France are relatively democratic with some guarantees that you can have these kinds of fights without being killed or put under enormous pressure as happens in other countries. It is important to create a solidarity movement with organizations in countries that do not have the same means, the same freedoms to speak out as we do in ours. 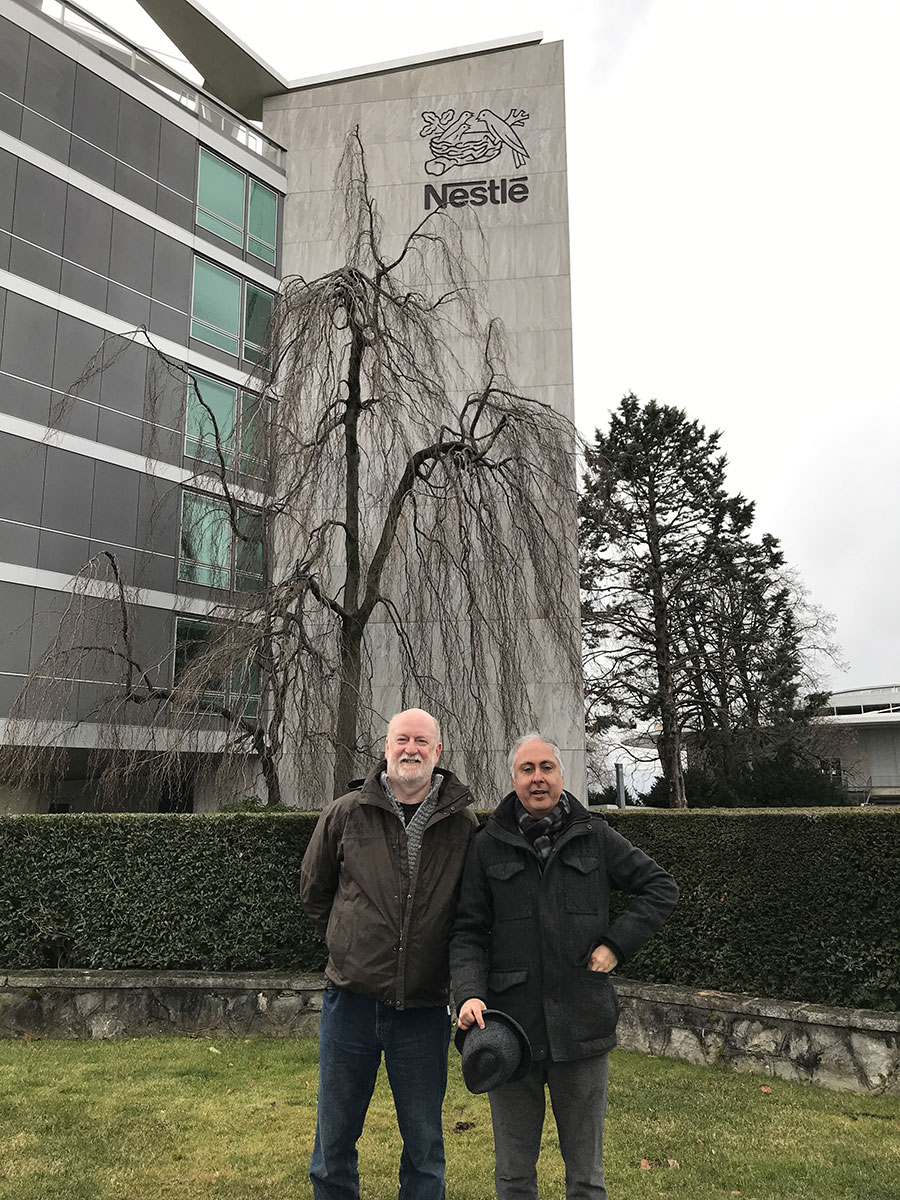